A brief history of the band

The band officially started in 1980 as a band, with original members, Animal, and Baggy. They played a few shows together at local venues and soon got a reputation for being an obnoxious band with a bad attitude. But within a short space of time members Bones and Baggy due to work and tour commitments were replaced by Winston and PJ  and went on tour with the Damned.

By 1981 the band had written and recorded their first album ‘We are the League’ which was at no 1 for many weeks in the independent charts along with 3 singles ‘Streets of London’, ’I Hate People’ and ‘Woman’, although the album was very successful for the did not include the song ‘So What’ because of legal restraints of obscenity laws so the band took the album on the road for the now infamous ‘So What Tour’ .

by 1983 the band were riding high and brought in a second Guitarist ‘Gilly’ to add a more musical sound and recorded the aggressive live album ‘Live in Yugoslavia’ which was received very well, especially with the former Yugoslavians who for many of them meant that Punk Rock had arrived in their neck of the woods. Later in 1983 PJ was sacked and JB took over drumming and the band had finished writing their second studio album ‘Branded’ but due to management bad finances the album never got recorded and the band were sent on tour to keep them ‘quiet’.

After the release of their last single ‘Out in the Wasteland’ in 1985 the band became disillusioned with the whole music scene and had lost their way in what direction the band should be going so decided on one last major tour to get inspiration,  Australia was calling. The Australian tour turned out to be very good for the band and the ‘Perfect Crime’ album was written and regenerated some enthusiasm again, thanks to Australian Punks.

But by the time the ‘Crime’ album got recorded the band were not happy with the end result,  although the album was written with electric guitars it ended up using synthesizers and fell into oblivion, so finally in 1989 the band recorded   ‘The Final Farewell’ show in the Victoria Hall, Southborough  and soon after decided to call it a day and split. 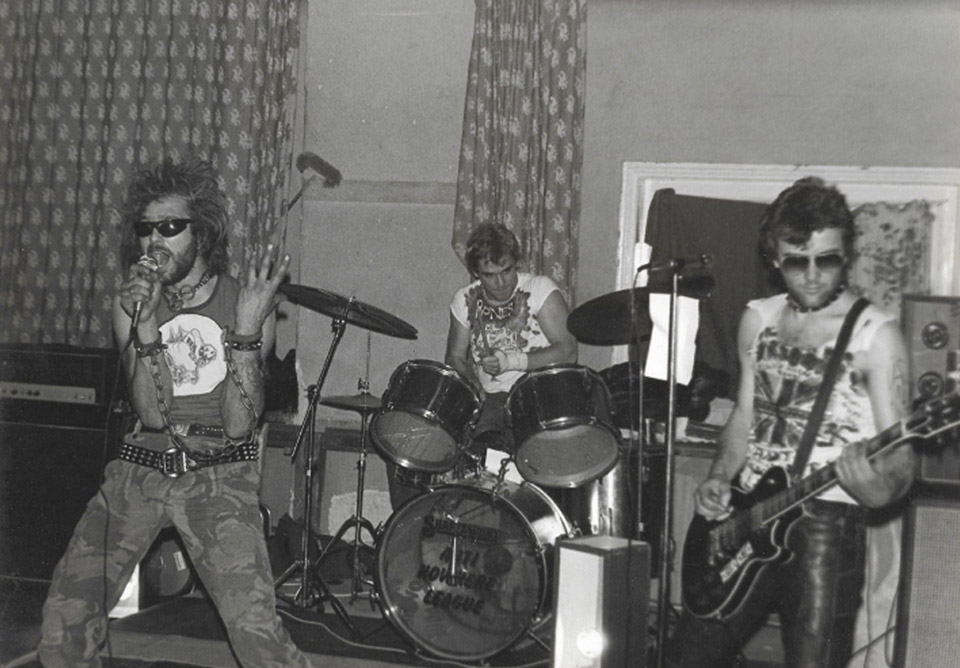 It was in 1991 that the band made the decision to get back together thanks to Metallica covering their song ‘So What’ and asking Animal to join them up on stage to sing the song ‘live’ with them at Wembley. Although the band were enthusiastic about rebuilding the band musically they had a lot of work ahead of them and because of the Metallica’s with the they drifted into a more metal area with the introduction of ‘Revvin Kev’ drums.

JB had not rejoined the band along with with the new line up of Animal, Magoo, Winston, Revvin and new second guitarist Beef they set about booking some European tours and recorded a few tracks to warm up. Although Metallica inspired the bands reforming the metal edge was not working for them, songs, ‘Talk Dirty to Me’, ‘Judges and Whores’ and ‘London Boys’ from their recently released EP ‘Pig Iron’ did not cut the mustard  so Animal and Magoo started working on the ‘Scum’ album which was going to bring the band back to their Punk roots.

They had a great time writing the ‘Scum’ album at ease with the fact they were writing it for themselves and not a record company but it did suffer however with lack of studio time and both agreed with each other not to let it happen again. In the late nineties and after a couple of USA tours of hard work and little money Winston decided enough was enough and left the band, he was replaced by Jon Jon who filled Winston’s shoes nicely and the band were back in business. 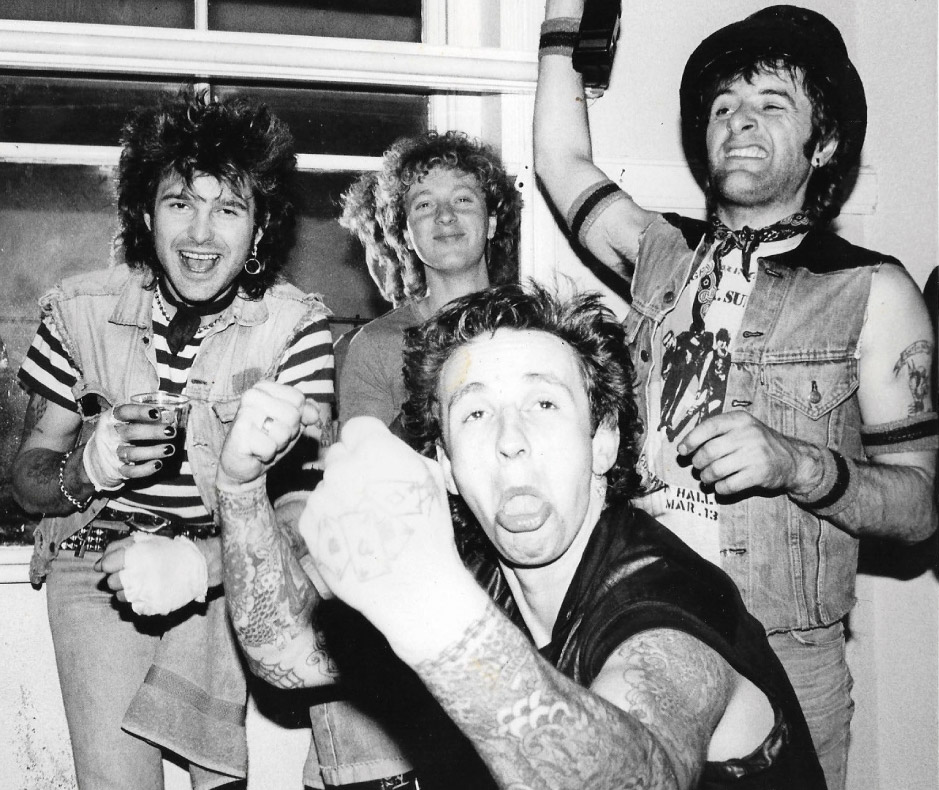 After numerous appearances at festivals and many short tours Magoo could not balance the touring with his daytime job and had to quit the band he was also having trouble with stage nerves, this meant Animal was the only original member. So after many band member changes with in the next couple of Animal started writing the ‘Kings and Queens’ album with ‘Jez’ the new guitarist.

With the line up now Animal, Jez, Shady and Nato they were back on the road pushing a new album and were again a force to be reckoned with. For the next few the band went from strength to strength going back to Australia and the USA along with other major Countries to tour extensively and show they were capable of playing the biggest festivals as well as the small more difficult venues in the Punk and Metal scene.

2006 Animal wrote the ‘Road to Rampton’ an album he said he had to do, it was his life story that picked up a new audience within the rock world and was hailed as a Punk musical it showed the band was now capable of playing loud and confidently crossing Punk with metal. 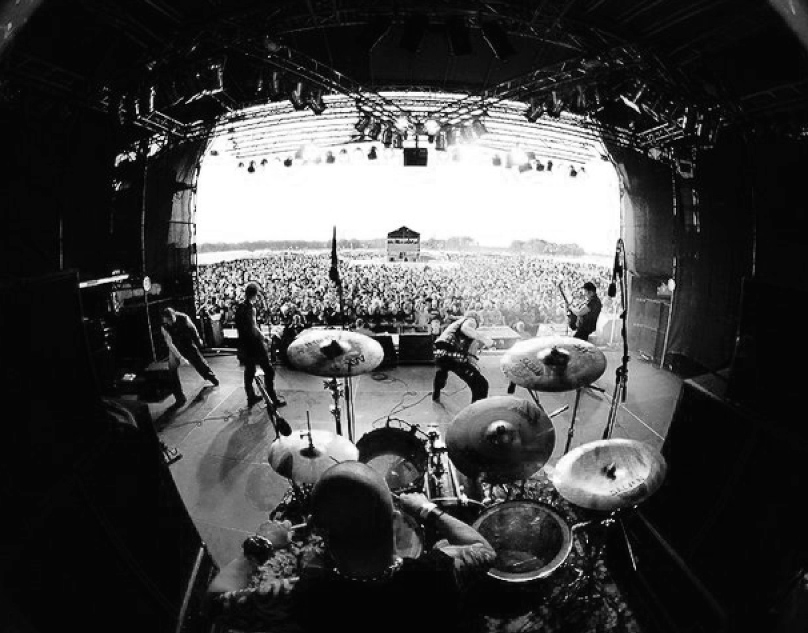 Now the band are firing on all cylinders, touring with bands such as Motorhead and Rancid and big festivals like Download and Rebellion.  Animal re joined Metallica back up on stage to play their 30th birthday bash in San Francisco which proved with out a doubt that Metal and Punk can stand side by side.

In 2016 the band released their definitive album ‘the Cage’ which is an insight of how “we all live in cages we have built for ourselves” and has been hailed as their finest to date. 2017 will see the release of their ‘covers’ album ‘League Style’….’ Loosen up volume 1’ a  collection of Reggae songs that Animal and Winston grew up but giving the songs a ‘guitar feel’ incorporating Tom’s magnificent guitar work. Unfortunately Shady has had health issues and Barnsy our roadie/sound engineer has stepped in to play bass…..

So to sum up, the band are now playing live and recording doing what they do best’……. swimming against the flow of the controlled music business’, again proving Punk is the last music rebellion and is still a major music force to be reckoned with. 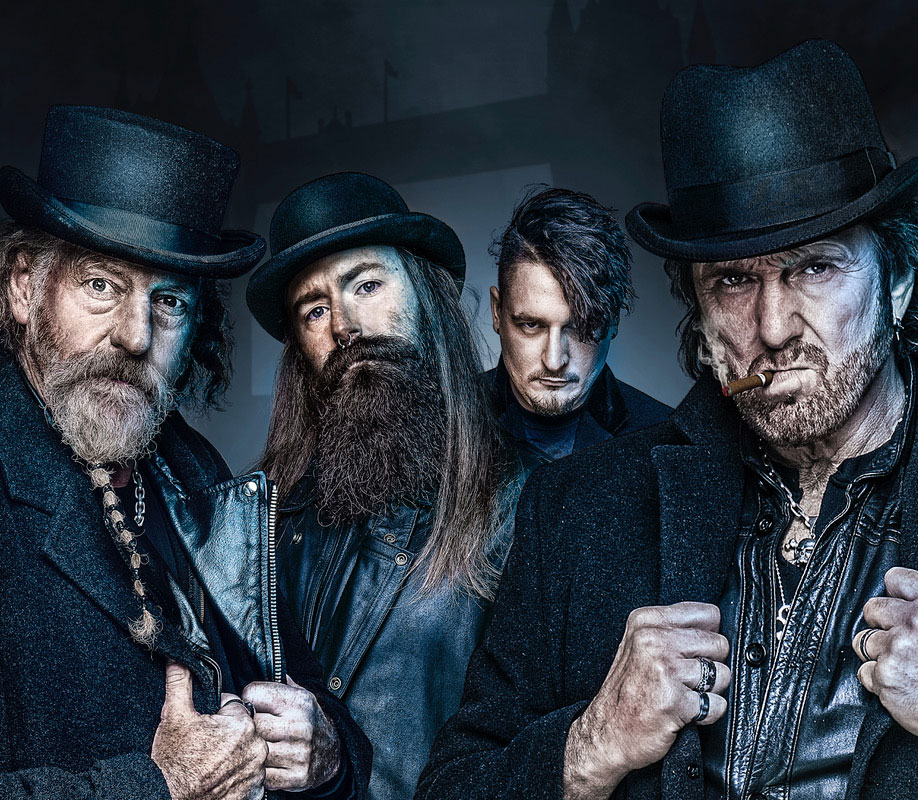 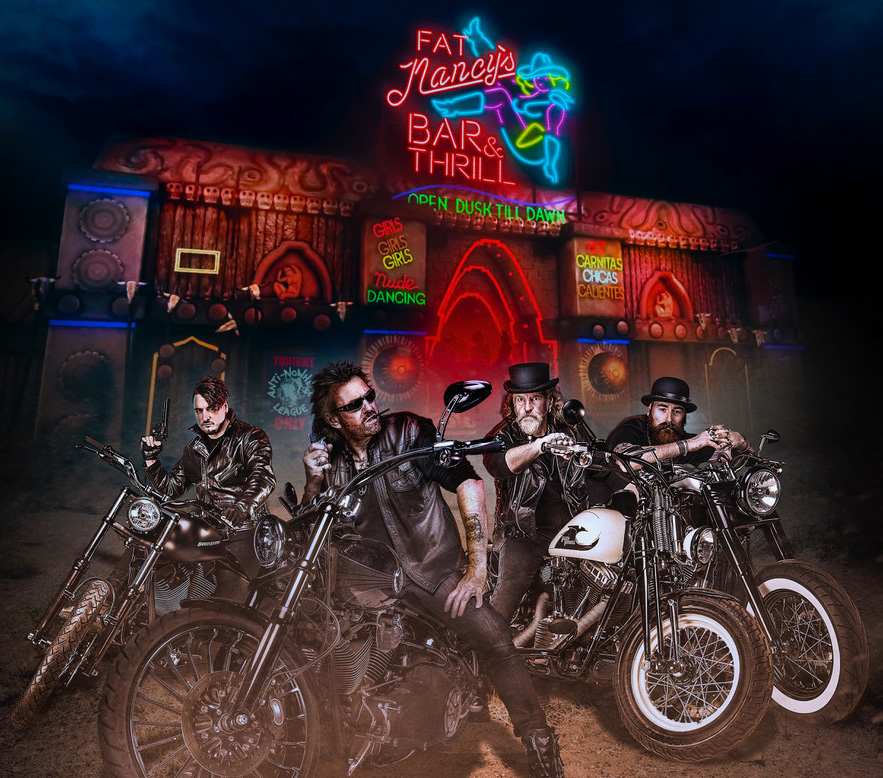